Coinsquare And FlexaHQ – To Bring Crypto Payments To Canada

“One of the biggest hurdles in mass adoption for crypto is finding a way to let users spend it. We are excited to bring Flexa’s solution for this problem to #Canada.”

Per the announcement, the exchange will also add Flexa’s spend features to its apps, allowing its users to spend directly from their on-exchange balance in over 7,500 physical stores in Canada.

A variety of accepted coins

US Department of Commerce Looking To Hire Crypto Guru

Alongside publishing a joint press release, the banks have issued a detailed 90-page report providing an exhaustive analysis of the potential risks and benefits of CBDCs for real-time money transfers, liquidity management, regulatory compliance, and other aspects of finance.

After the HKMA and the BOT initiated the Inthanon-LionRock project back in May 2019, the banks completed the joint initiative in December 2019, the official announcement reads. The project involved ten participating banks from both Hong Kong and Thailand and featured a Proof-of-Concept (PoC) prototype based on distributed ledger technology. Particularly, Thai participants included banks like Bangkok Bank and Siam Commercial Bank (SCB), while Hong Kong participants included the Hongkong and Shanghai Banking Corporation and ZA Bank. Additionally, the project is supported by major enterprise blockchain consortium R3, which acts as a technology partner, the joint report notes. 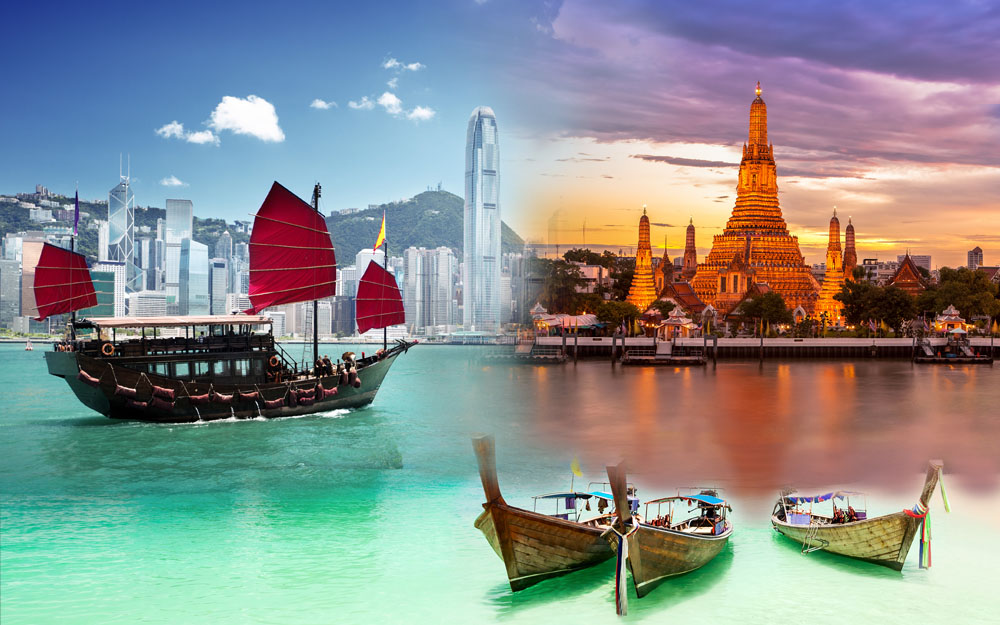 Within the project, the banks created a cross-border corridor between Thai baht and Hong Kong dollars in order to allow participating banks to transfer funds and operate foreign exchange transactions on a peer-to-peer basis, which is expected to cut settlement costs and time. The project is based on R3’s blockchain platform Corda and implements smart contracts in order to perform atomic Payment-versus-Payment (PvP) settlements for foreign exchange. A PvP settlement is a mechanism that ensures that the final transfer of a payment in one currency occurs if and only if the final transfer of a payment in another currency or currencies takes place.

Following a successful PoC, the banks concluded that the CBDC has the potential to significantly reduce intermediaries and settlement layers in comparison to the traditional banking payments system as well as prevent risks such as double spending. The joint report reads:

“For example, payers can directly and immediately settle payments with their payees via CBDC in a DLT network as opposed to going through via RTGS intermediaries, including banks, involving multiple debit and credit account entries. The infrastructure for these direct payments further prevents double-spending with temporal transaction orders in place.”

Mathee Supapongse, Deputy Governor of the BOT, was optimistic about central banks implementing emerging technologies like blockchain, claiming that the recent joint CBDC efforts by Hong Kong and Thailand’s central banks is “only the beginning”:

“Though our Project Inthanon has come to the last phase, I believe that it is only the beginning of our next journey where central banks and relevant partners collaborate to tackle existing and incoming challenges, as well as enhance our cross-border funds transfer efficiency…just like the old saying “Going together, we go further”

According to the joint statement, the BOT and the HKMA have agreed to further proceed with joint research in relevant areas. The BOT and the HKMA are not the only banks that are working on cross-border payments projects based on blockchain technology. Earlier in January, SCB, Thailand’s oldest bank, partnered with Ripple to create a blockchain-based mobile app to provide instant and low-cost cross-border payments.

The Securities and Exchange Commission (SEC) has charged Sergii Grybniak, the founder of the initial coin offering (ICO) project Opporty, according to a Jan. 21 press release. Despite raising approximately $600,000, the commission targeted Grybniak for falsely declaring the project as “100% SEC compliant.”

Opporty launched its ICO between September and October 2018. The project purported to provide a “blockchain-based ecosystem for small businesses and their customers,” primarily in the United States. The platform was meant to be a place where small businesses could list their services and enter into an agreement via smart contracts. The ICO for the OPP token raised $600,000 from approximately 200 investors, some of whom were located in the U.S. While the SEC’s primary charge is for conducting an unregistered sale of securities, it also claims that the project made many misleading and false statements to encourage investment. Among them, Opporty claimed to have onboarded thousands of “verified providers” to do business on the platform, the majority of which “had expressed no such willingness,” the SEC complaint reads.

A claim of having more than 17 million businesses in its database was revealed to be a simple purchase of a third-party catalog. Finally, the SEC alleges that the project lied about a partnership with a “major software company.” The accused founder is a resident of Brooklyn, against whom the SEC seeks injunctions against future digital offerings, the return of all ICO money and civil penalties.

The case against Opporty is an outlier given the caliber of projects previously targeted by the SEC. Notable cases include the litigation for Telegram’s $1.7 billion ICO, Kik’s offering for $97 million, and recently, Boaz Manor’s $30 million token sale. By contrast, other projects received far more lenient treatment. The SEC settled with EOS parent company Block.one for $24 million, out of a $4 billion ICO. Debates around XRP’s security status did not yet result in an investigation by the regulator.

Other projects, such as TurnKey Jet, received no-action letters by the SEC. While the SEC pledged to offer more lenient and flexible treatment to crypto projects in 2020, it appears that some projects will remain under scrutiny. One possible distinction for Opporty is that, in addition to offering unregistered securities, the project allegedly lied about its achievements. In addition, unlike many similar ICOs, the offering did not explicitly exclude U.S. investors from participating.

The Chamber of Digital Commerce has filed an amicus brief in the ongoing court case between encrypted messenger service Telegram and the United States Securities Exchange Commission (SEC). Filed on Jan. 21, the document was authored by Lilya Tessler, a partner and the New York head of Sidley Austin LLP, counsel to the Chamber.

In the amicus brief — a legal document that allows a non-litigant to submit its expertise or opinion in a case — the Chamber makes a number of arguments regarding how the U.S. District Court for the Southern District of New York should consider digital assets. The Chamber is a non-profit trade association established in 2014 which aims to promote the adoption of digital assets and blockchain-based technology. As part of its mission, the Chamber established major blockchain and crypto-related advocacy groups including the Blockchain Alliance and the Token Alliance.

Given its supportive stance on blockchain technology, the Chamber emphasized that it is not trying to prove whether Telegram’s $1.7 billion Gram token sale was a securities transaction. Instead, the trade association aims to ensure that there is enough clarity around regulations applying to digital assets:

“Although the Chamber does not have a view on whether the offer and sale of Grams is a securities transaction, the Chamber has an interest in ensuring that the legal framework applied to digital assets underlying an investment contract is clear and consistent.”

In the document, the Chamber also states that not all digital assets should be regulated as securities simply because they are based on blockchain technology:

“We further respectfully request that the Court affirm that a digital asset is not a security solely by virtue of being in digital form or recorded in a blockchain database.”

“Depending on the relevant activity, other regulatory regimes exist to protect purchasers or counterparties. For example, fraud and market manipulation in certain digital asset transactions (depending on the facts and circumstances) is subject to CFTC enforcement authority. Other activities involving digital assets may also be subject to the Bank Secrecy Act, federal and state consumer protection laws, state money transmitter licensing laws, and state laws specific to virtual currency transactions, such as New York’s Virtual Currency Business Activity law.”