Bitcoin Can Save the World After The Crisis, Tim Draper Says

Amid some notable recovery of Bitcoin (BTC) after a number of subsequent market crashes last week, billionaire investor Tim Draper delivered another optimistic forecast about Bitcoin.

In a March 16 interview with 415 Stories podcast, Draper outlined decentralization powered by Bitcoin and other new technologies as a major tool that has the “ability to transform the biggest industries in the world.”

According to Draper, Bitcoin will be one of the most crucial tools in the times of the recovery of the ongoing global financial crisis, opposing the major cryptocurrency to centralized structures like banks and governments. Referring to the interview, Draper tweeted:

“Entertainment for while you are holed up. When the world comes back, it will be Bitcoin, not banks and governments that save the day.”

In the interview, Draper expressed confidence that new technologies like Bitcoin and artificial intelligence (AI) have the potential to completely transform all the industries from banking to healthcare and real estate, tapping trillions of dollars of their value. As an example, Draper cited a use case in the insurance industry, arguing that the combination of AI, blockchain-powered smart contracts and Bitcoin is a perfect start for an insurance company. Draper said:

“For example, I could start an insurance company with an actuary AI to determine fraud and a smart contract with Bitcoin and put it all on the blockchain.”

A pioneer of business ventures in the U.S. and a co-founder of Draper Fisher Jurvetson Venture Company, Tim Draper has emerged as one of the major advocates for the crypto industry. Alongside prominent Bitcoin bulls like Morgan Creek’s founder Anthony Pompliano and former antivirus software magnate John McAfee, Draper is known for making some big predictions for Bitcoin. After predicting that the price of Bitcoin will hit $250,000 by the end of 2022, Draper upped the ante, saying his own prediction may be understating the power of Bitcoin.

In February 2020, Draper revealed that he quit stocks for crypto in late August 2019. Apart from being bullish on crypto, Draper is also investing in technology developments. As previously reported, the investor is now seeing the major potential in technologies like decentralized finance. As such, on March 16, Draper invested in DeFi Money Markets DAO, purchasing a stake in the form of the upcoming governance token DMG.

What Is The Link Between Transaction Speed and Profitability In Crypto?

A message signed by 145 wallets containing Bitcoin (BTC) mined in its first years calls Craig Wright a “liar and a fraud.” The message was published on May 25 with a list of 145 addresses and their corresponding signatures. This seemingly proves that the addresses do indeed belong to the person broadcasting the message. The message itself reads:

“Craig Steven Wright is a liar and a fraud. He doesn’t have the keys used to sign this message. The Lightning Network is a significant achievement. However, we need to continue work on improving on-chain capacity. Unfortunately, the solution is not to just change a constant in the code or to allow powerful participants to force out others.”

Wright has on multiple occasions failed to produce proof of ownership of the alleged fortune of Satoshi Nakamoto, who is believed to have mined more than one million BTC. An easy way of doing so is by signing a message with the cryptographic private key of the wallet in question, which can be checked with the public key. Given that Wright tried to evade every occasion where he would have been forced to conclusively prove ownership, many in the community doubt that he owns those Bitcoins — and thus, that he’s Satoshi Nakamoto.

The signed message bears some similarity to a 2015 message coming from Satoshi’s email address, saying “I am not Craig Wright. We are all Satoshi.” While the first part of the new statement rehashes the same concept, the message then expresses an opinion on the debates that ravaged Bitcoin before Bitcoin Cash (BCH) spun off into its own chain. The blocks mined by this unknown person fall outside of the Patoshi pattern, which is the basis behind the claim that Satoshi mined more than 1 million BTC. 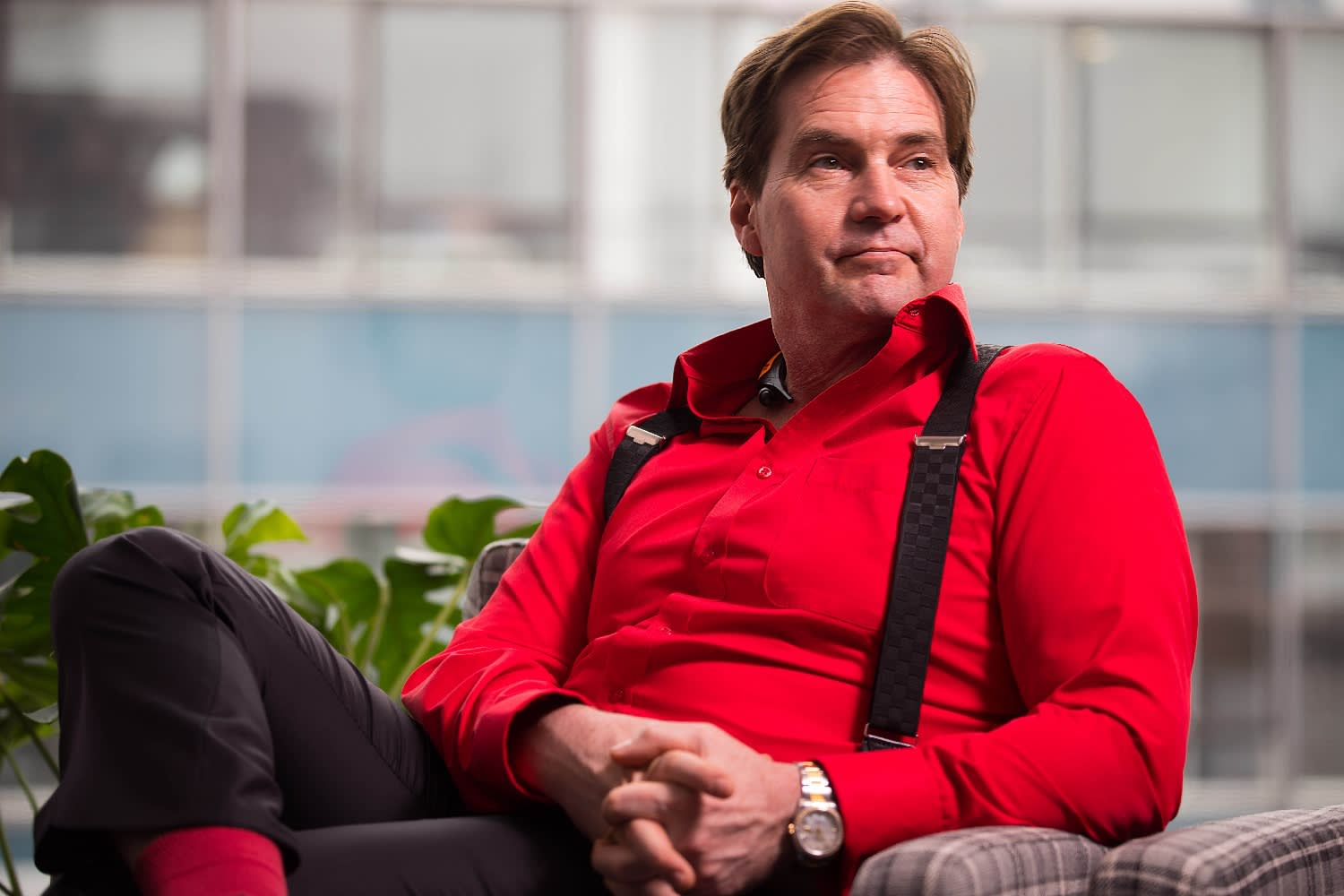 Nevertheless, there is no absolute certainty in identifying which blocks are Satoshi’s and which are not. It seems likely that the similarity is a tribute to the alleged Satoshi message. The early Bitcoin miner appears to have a middle ground position between Bitcoin and Bitcoin Cash. While he praises the Lightning Network, he also argues for higher on-chain capabilities. However, he does not believe that raising the block size, or “changing a constant in the code,” is the solution. This is the second time in less than a week that an early miner suddenly showed activity.

The Kleiman case rests entirely on the assumption that Wright is Satoshi, which would entitle Ira Kleiman to half of those Bitcoins. Wright has already been accused of perjury and forging documents, and the early miners’ activity put him in a tough spot for continuing to claim that he is Satoshi. It is becoming ever more obvious that Wright has no access to those coins, which would nullify the long-running case, set to enter trial on July 6.

Bitcoin’s SV’s billionaire benefactor Calvin Ayre revealed Satoshi claimant Craig Wright has denied moving 50 BTC from a long-dormant address thought by some to belong to the Bitcoin founder. On Wednesday, an unknown party moved 50 BTC ⁠— roughly $486,000 worth — from an address containing coins mined barely one month after the launch of the Bitcoin mainnet in 2009. But in a Twitter response to Blockstream’s Adam Back, Ayre said it had nothing to do with Wright:

“It was NOT Satoshi, I just spoke with him and Craig confirmed not him.”

However, the address in question, 17XiVVooLcdCUCMf9s4t4jTExacxwFS5uh, is among the 16,000 listed in a court document in the Kleinman v. Wright case, that Wright claims as his own. The Catch-22 in this situation is that Wright has denied in court he has access to the private keys to the addresses, so if he said he moved the 50 BTC he’d be in trouble. However if someone else moved the coins, that would indicate the address does not belong to him, again leaving him in a potentially sticky legal situation. If Ayre is to be believed regarding Wright’s denial, the latter could face serious complications in the ongoing trial. The judge has already questioned Wright’s credibility on more than one occasion.

Prior to Ayre’s response, the movement of 50 BTC from the dormant wallet had many in the crypto community asking whether Nakamoto himself was back. The wallet address is not one associated with the Bitcoin creator, but the 11-year gap in activity still caused a 5% drop in BTC price — from the $9,700s to $9,400s — when the news broke.

Wright’s denial should stem any fears he’s about to sell off a large amount of Bitcoin. In 2018, he posted an ominous warning on Slack, explaining in detail how he’d be selling a “large volume of BTC” around the time of a halving that would tank the price. Others in the crypto community, however, are highly skeptical the tokens belong to either Nakamoto or Wright. Blockstream founder Adam Back thinks if the real Satoshi were to liquidate some of his holdings, he would choose a more anonymous address.